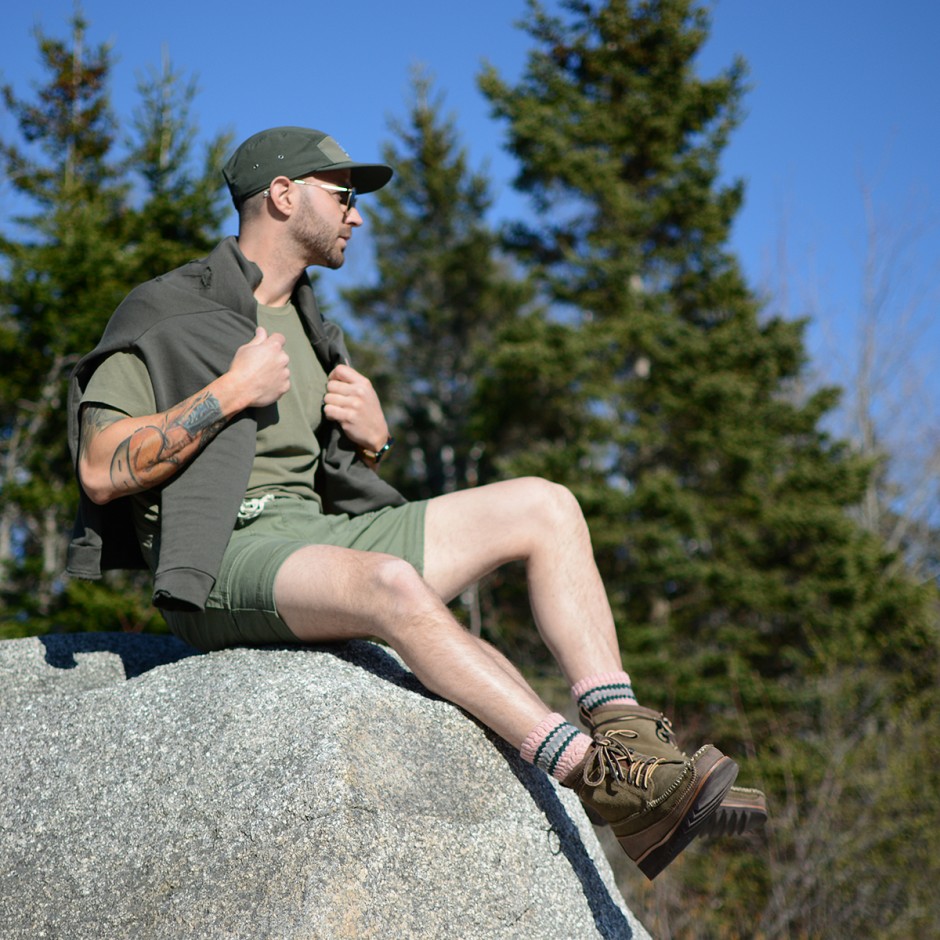 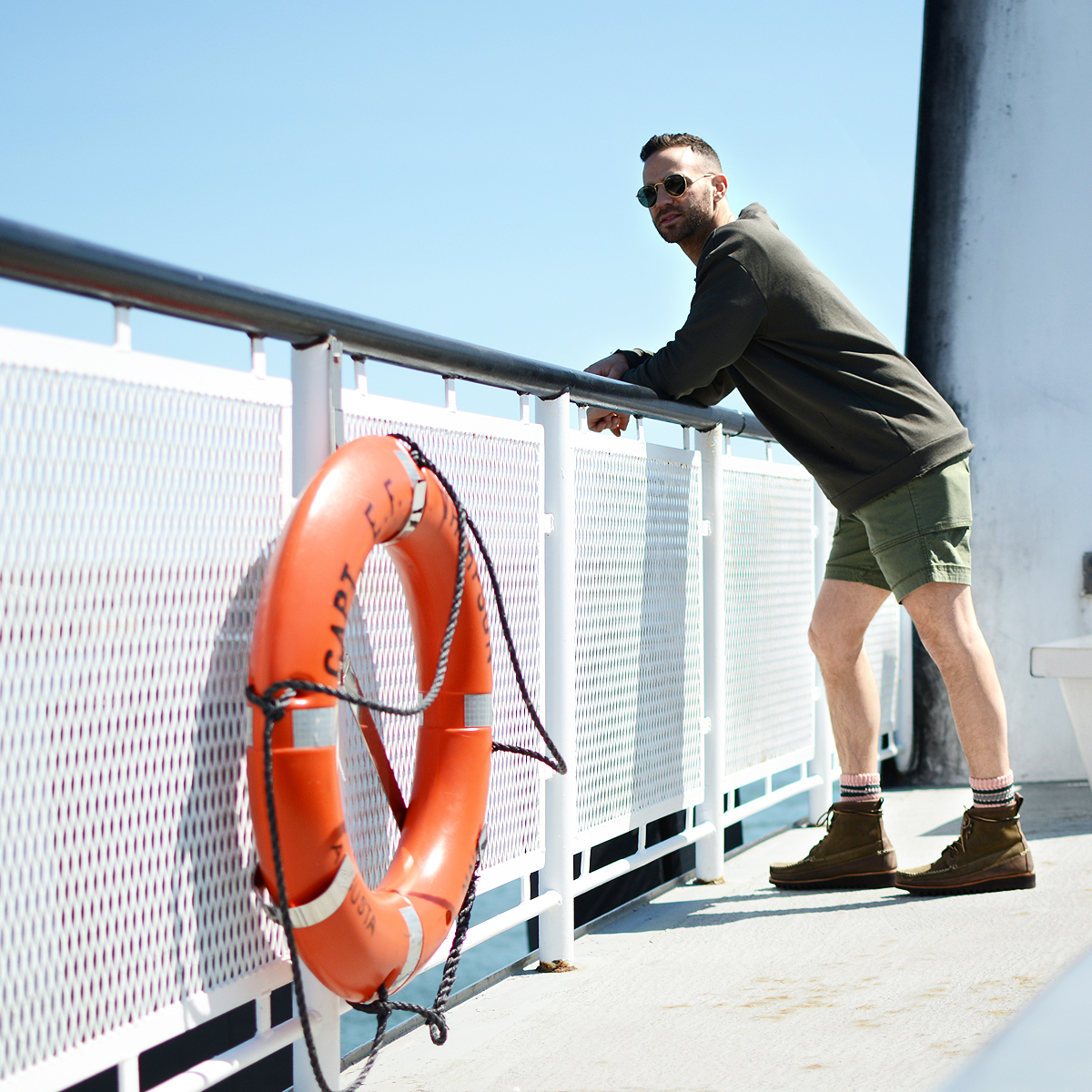 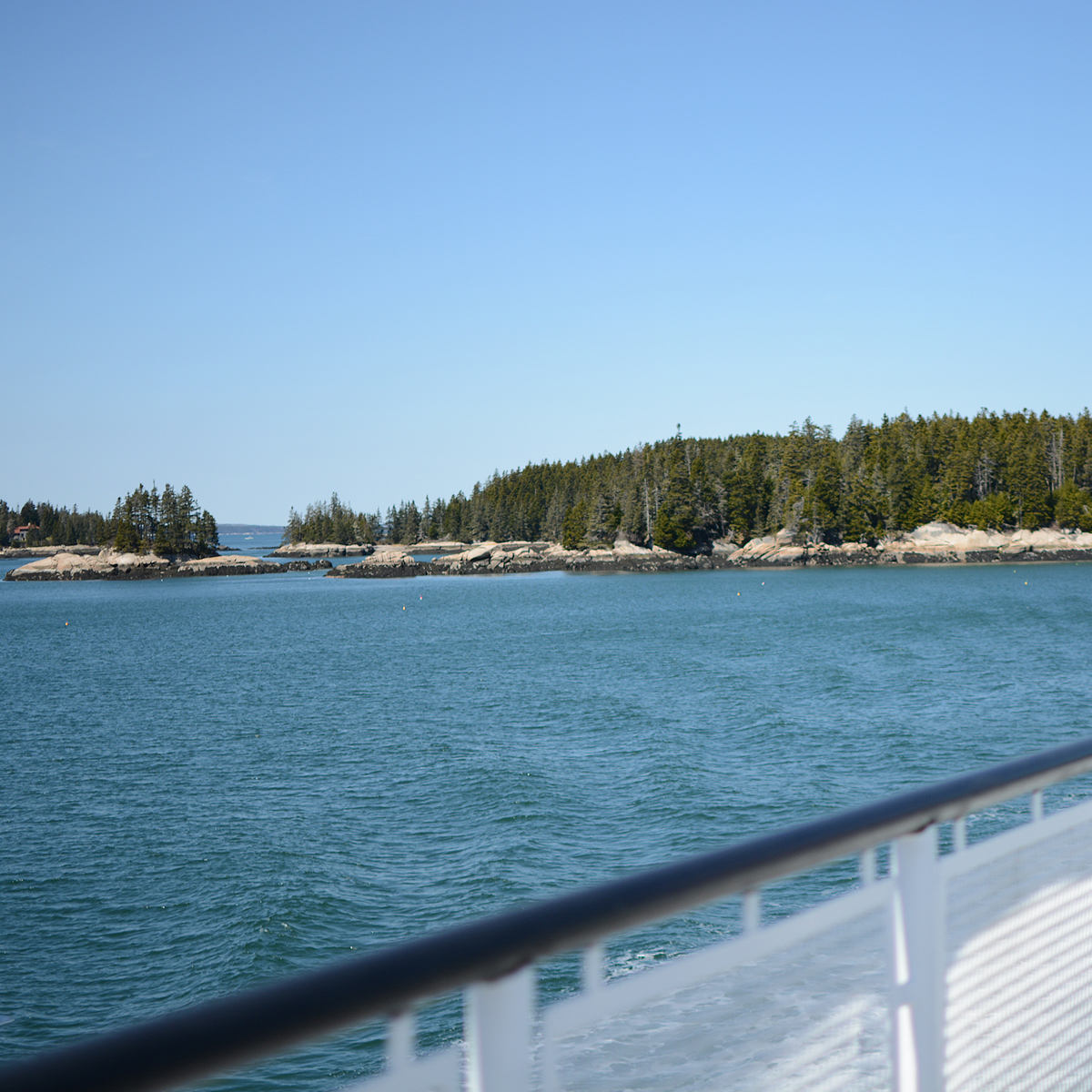 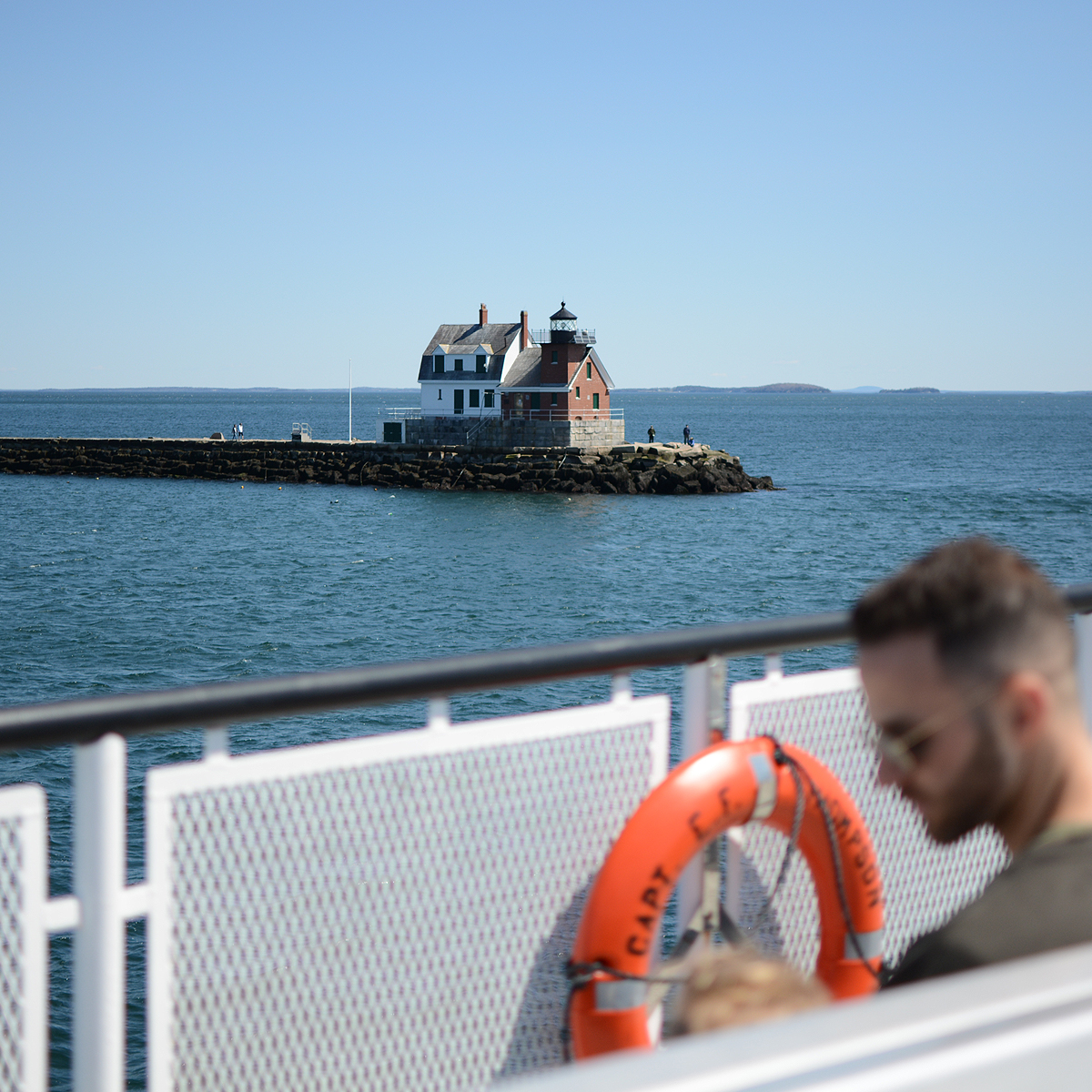 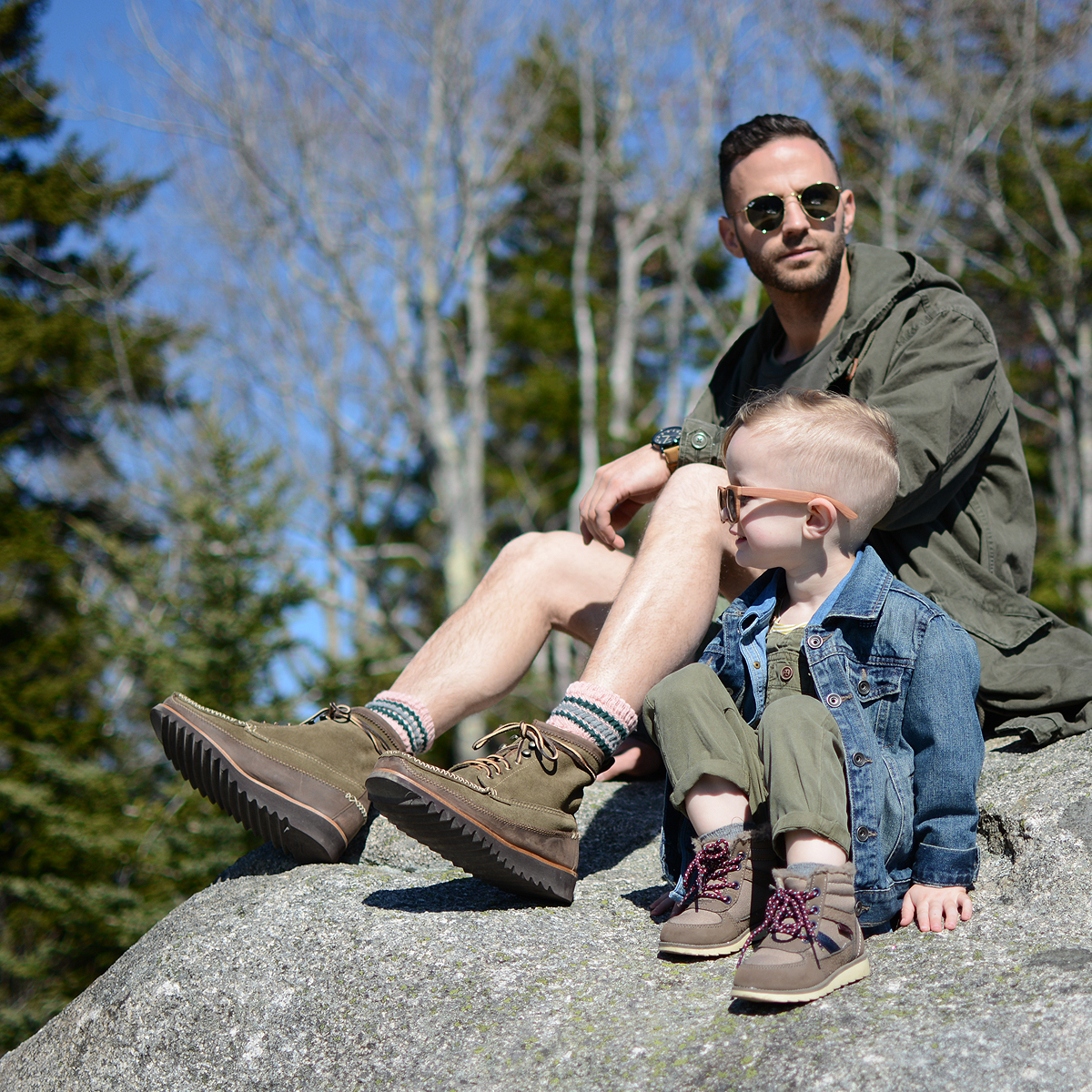 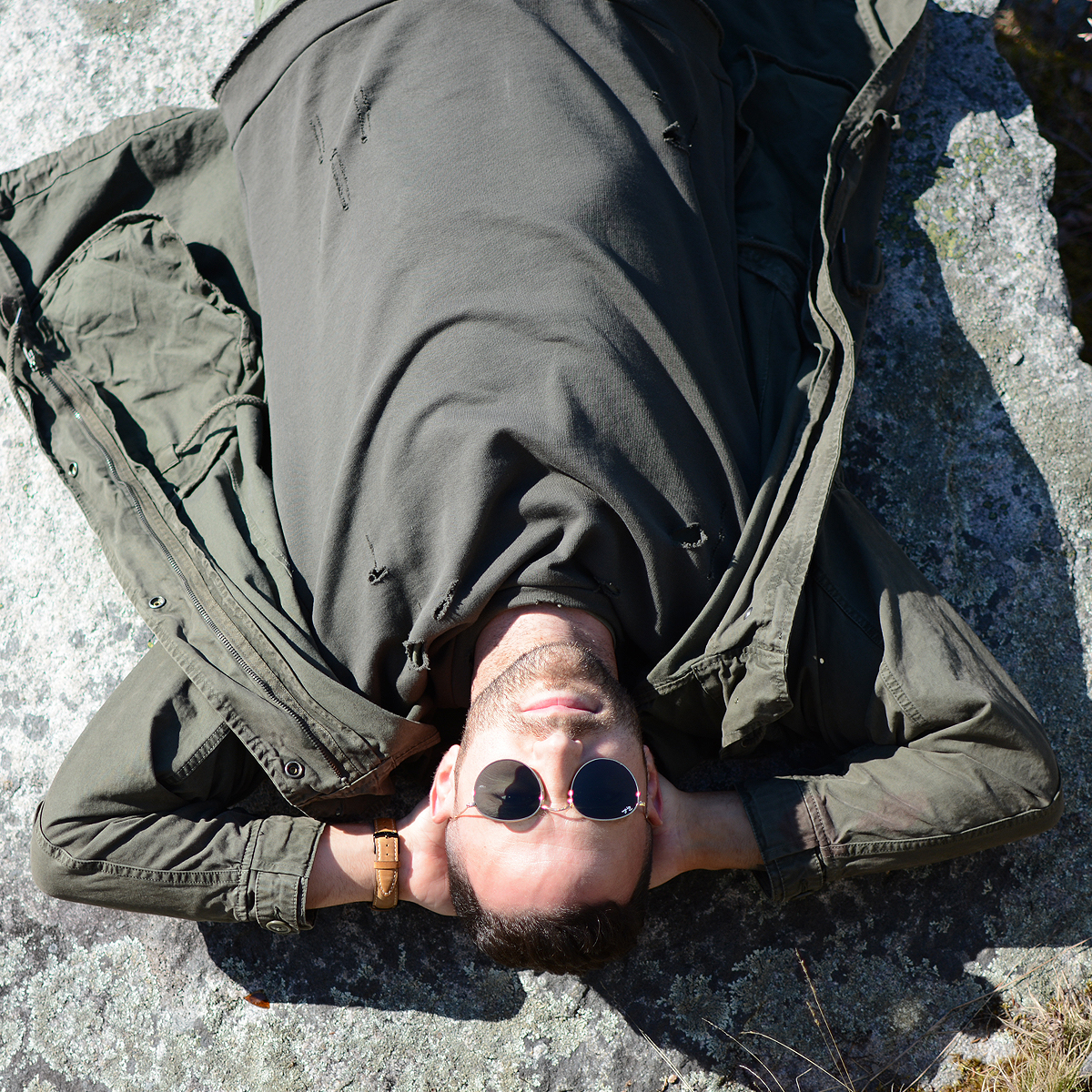 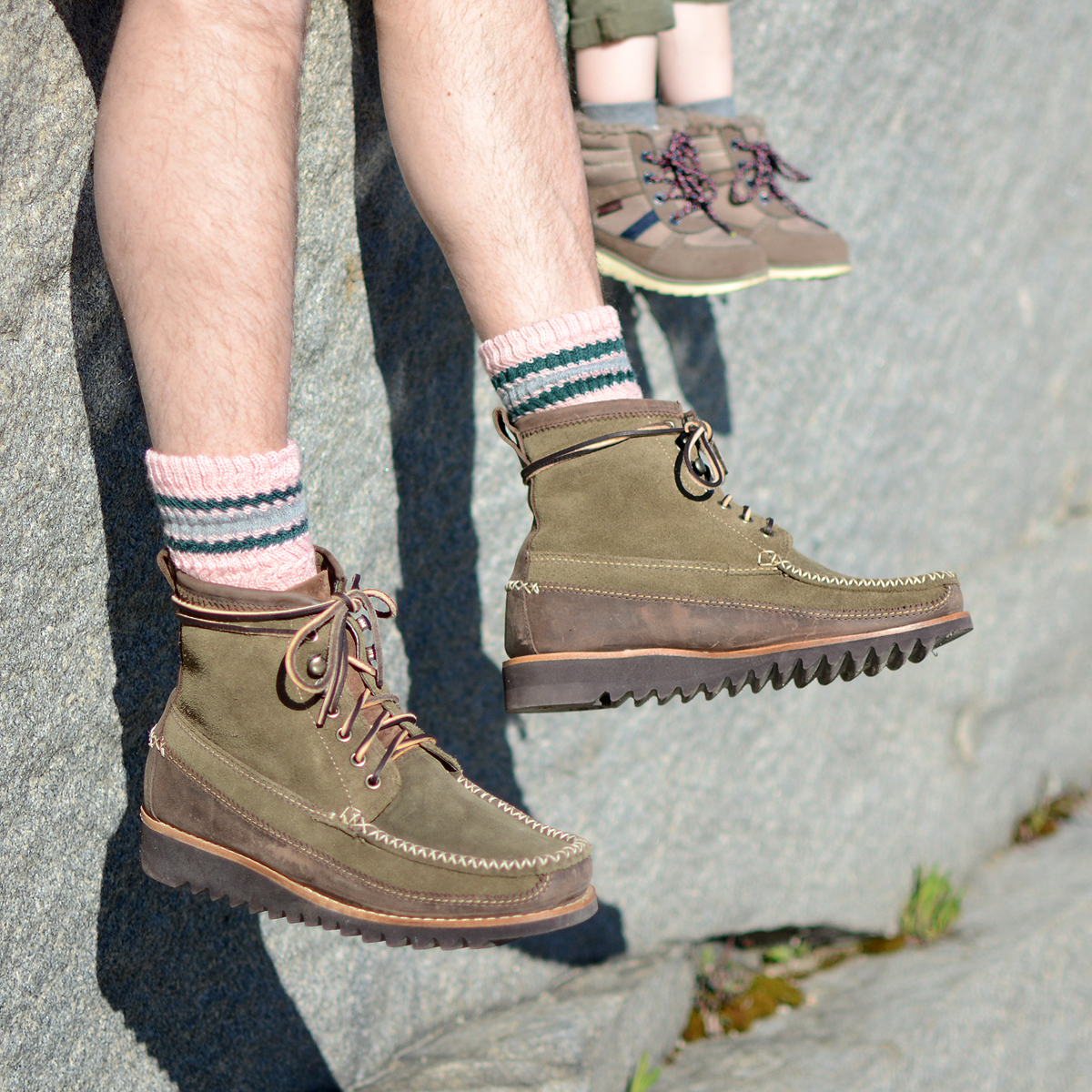 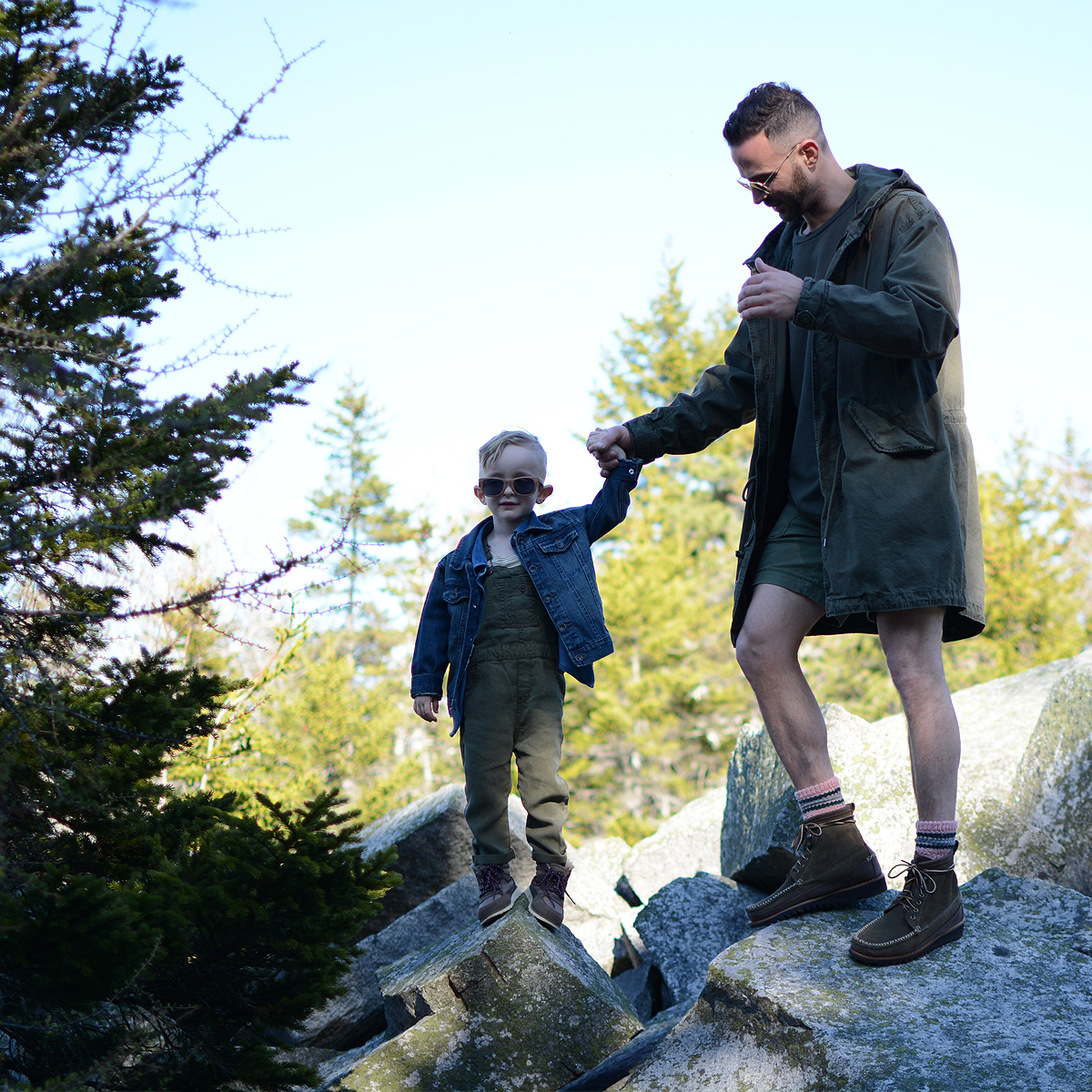 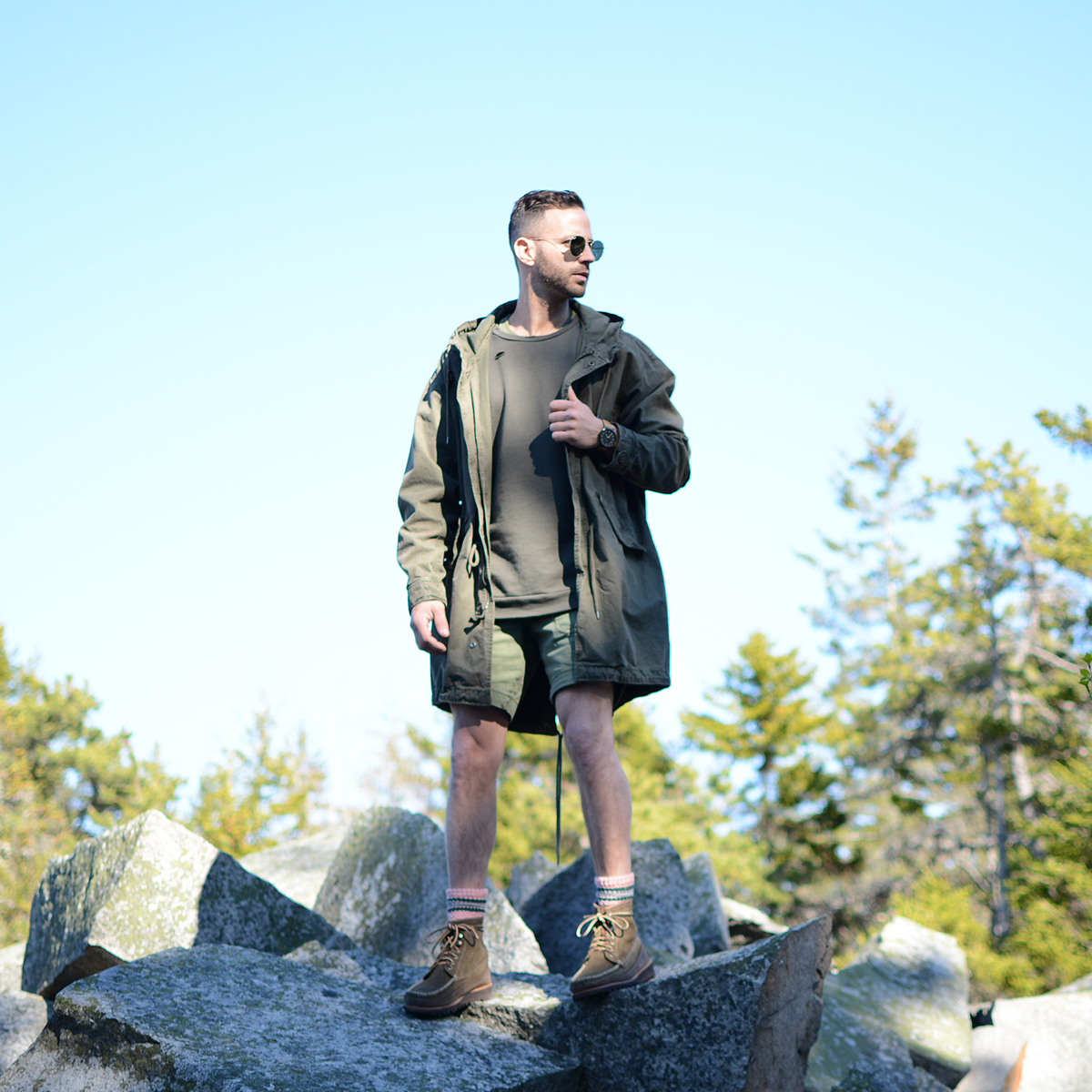 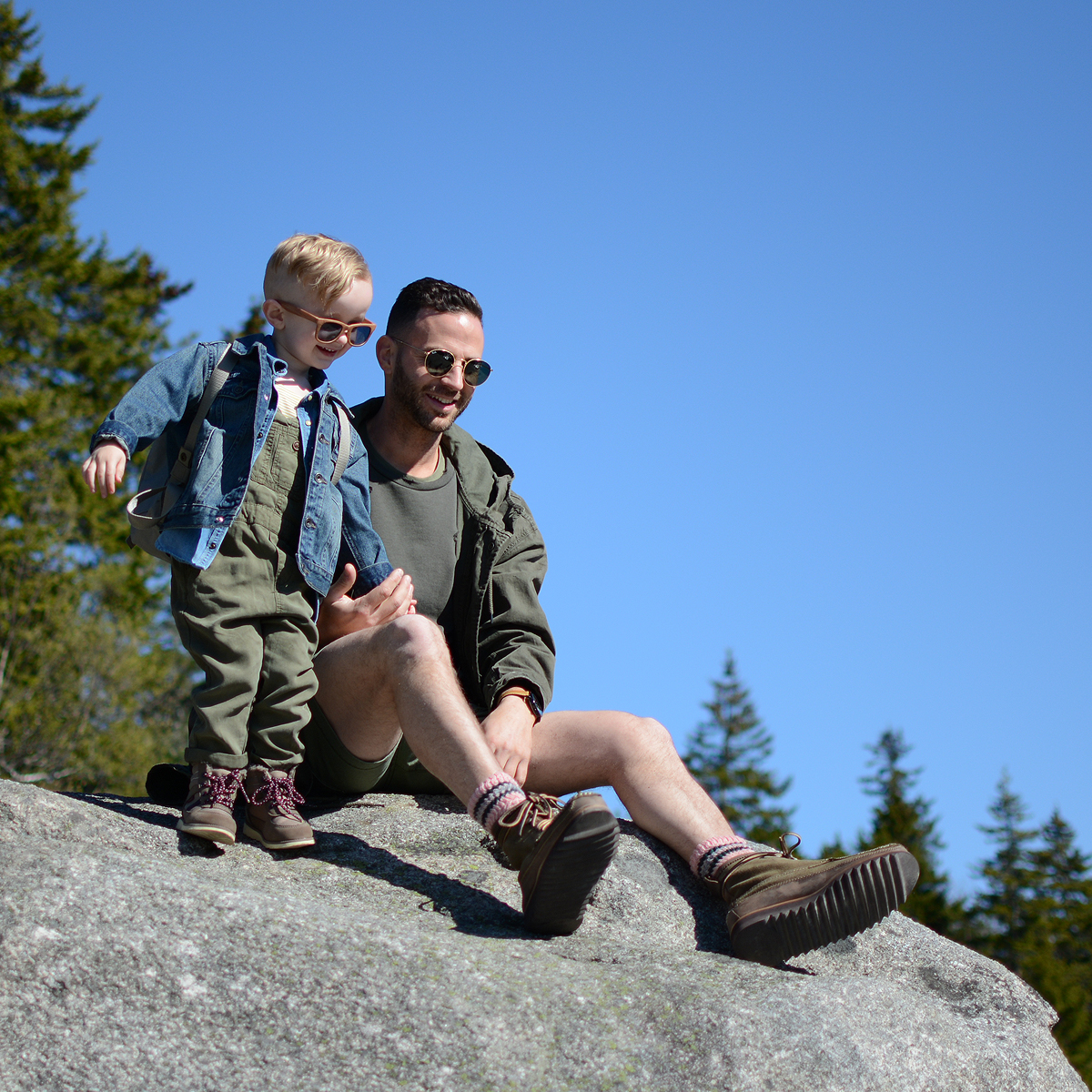 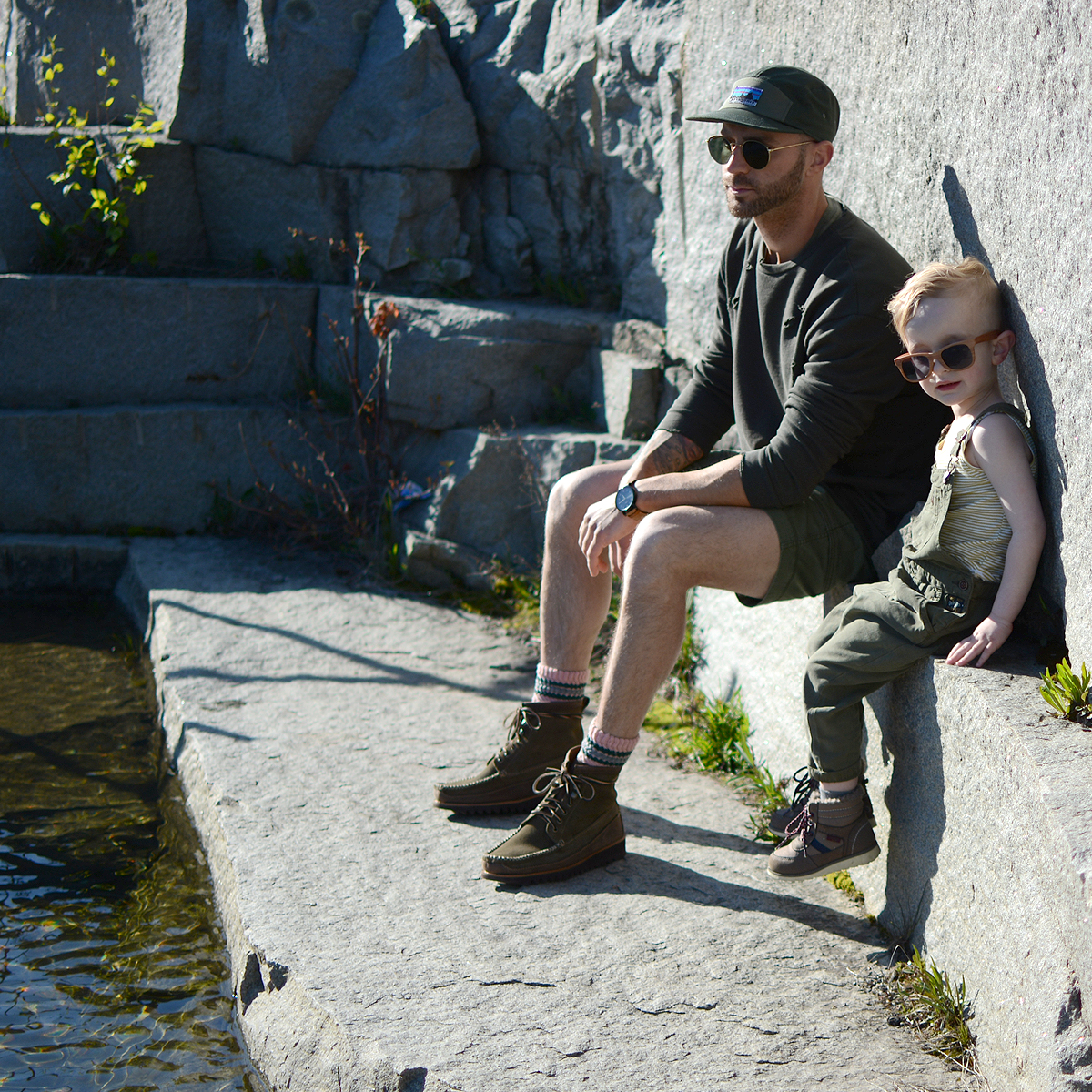 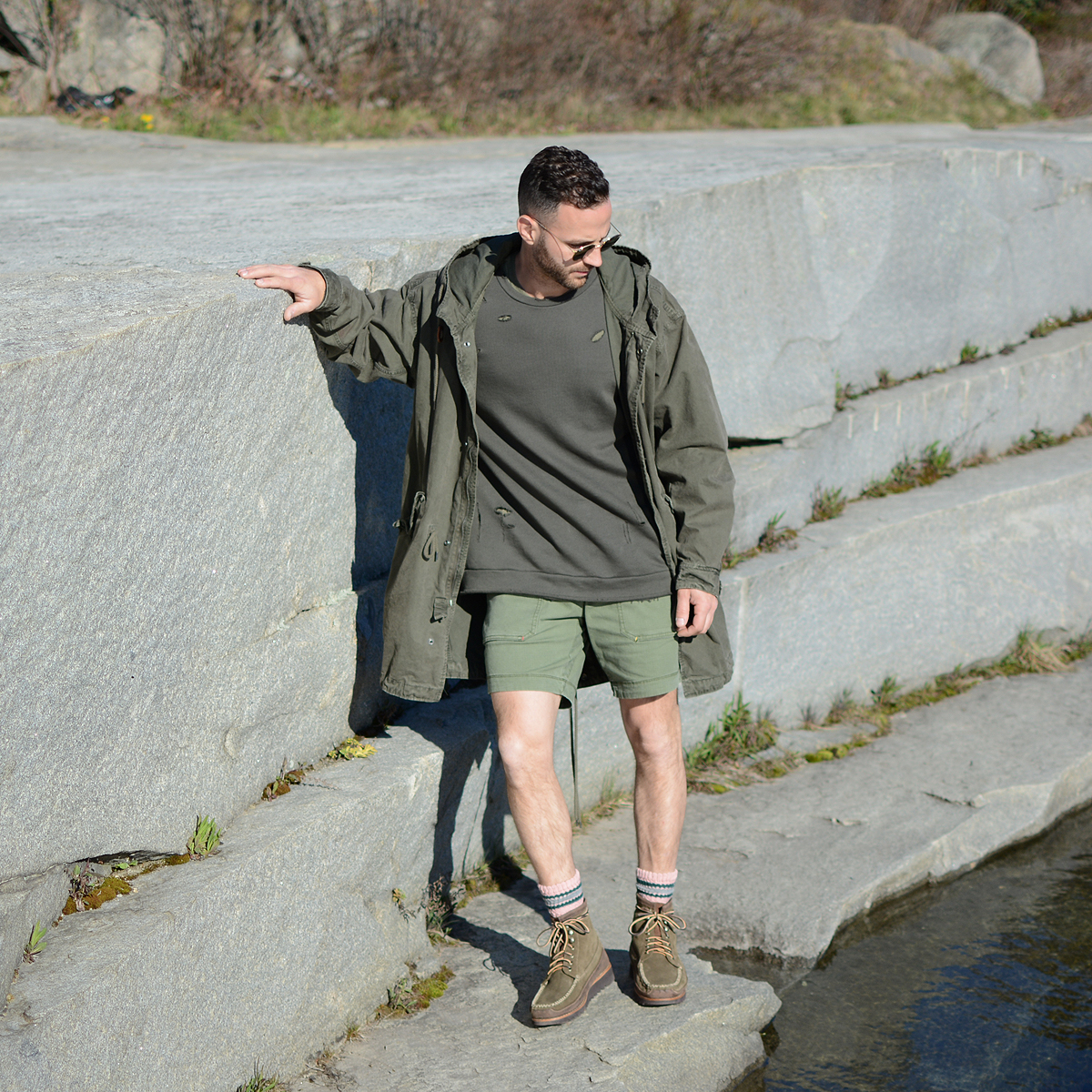 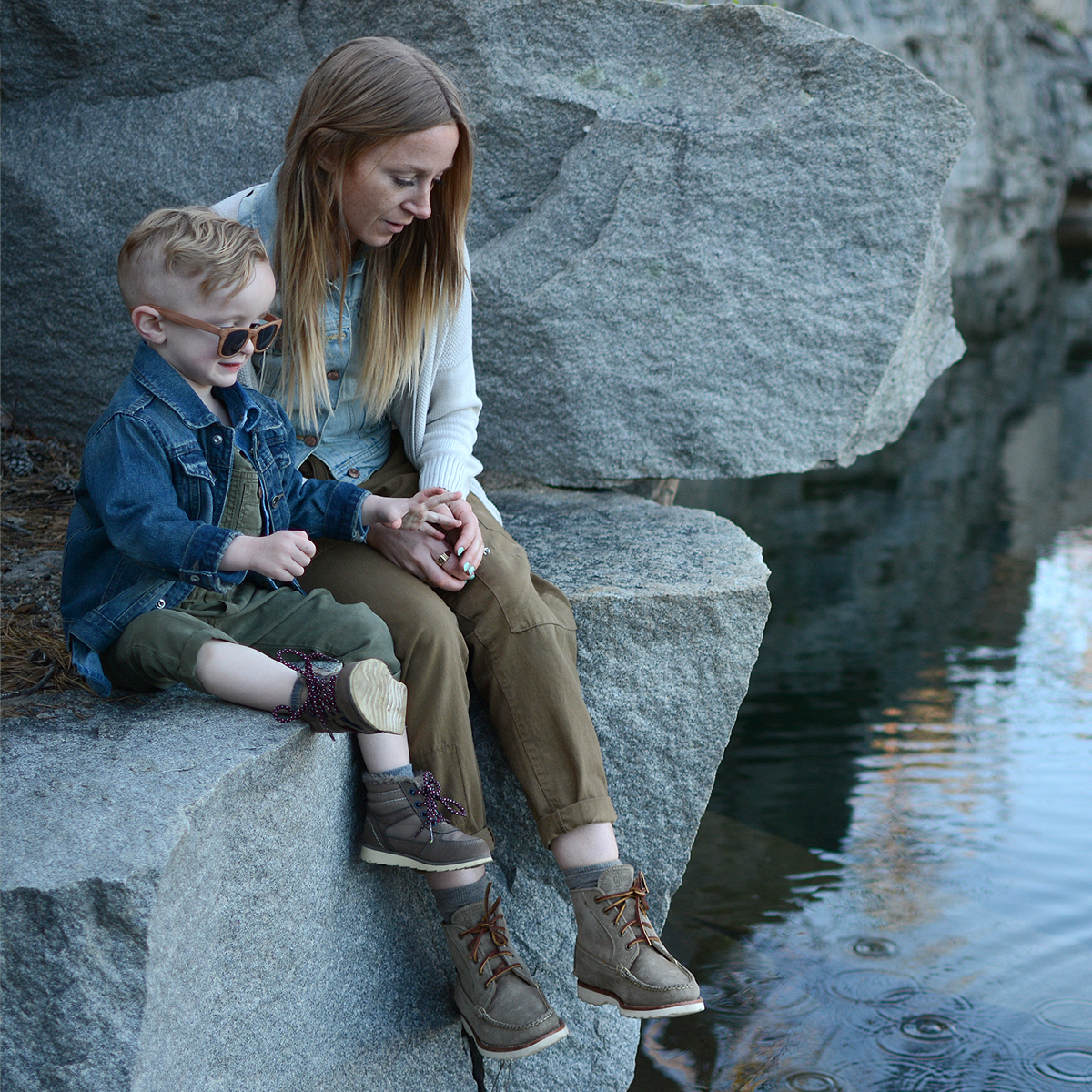 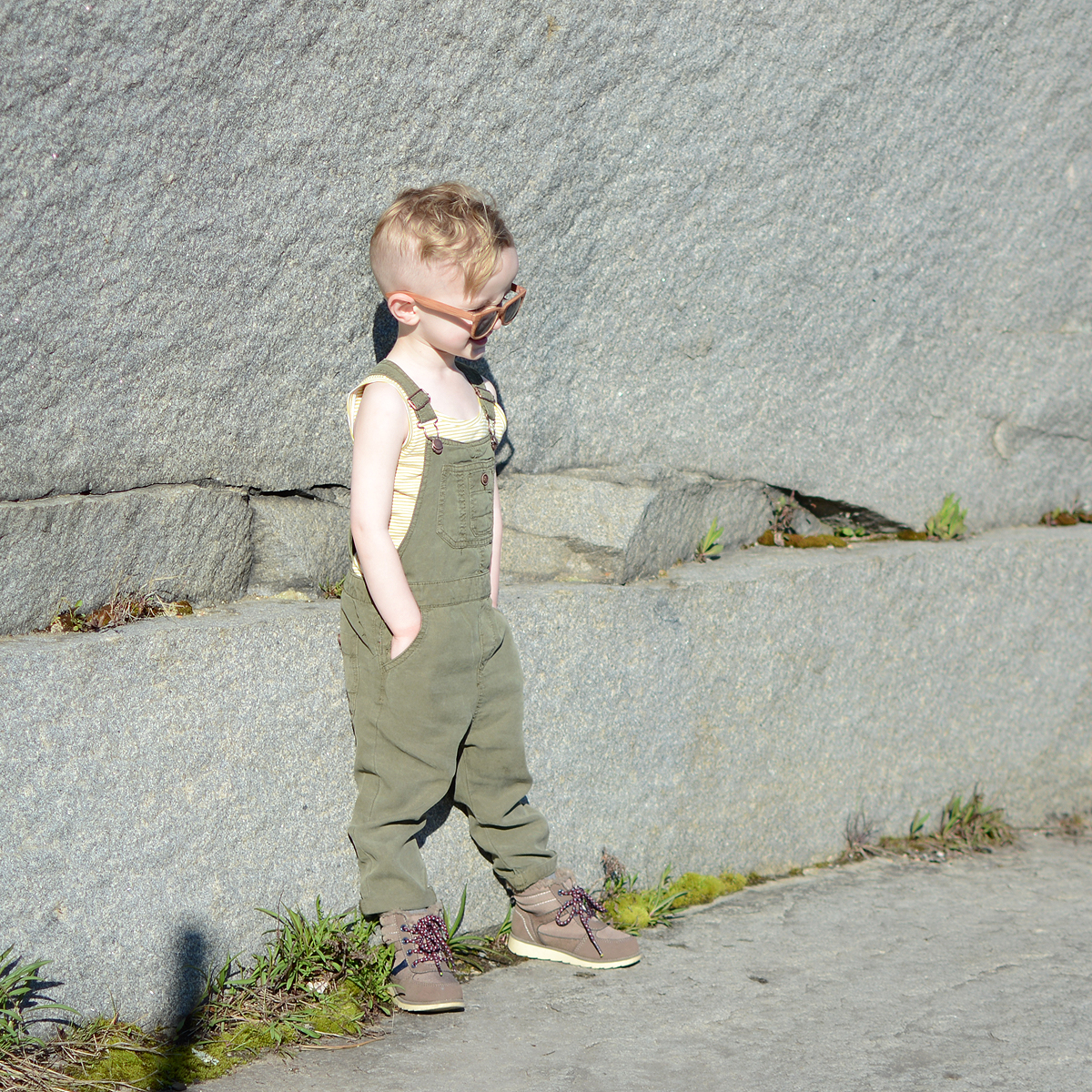 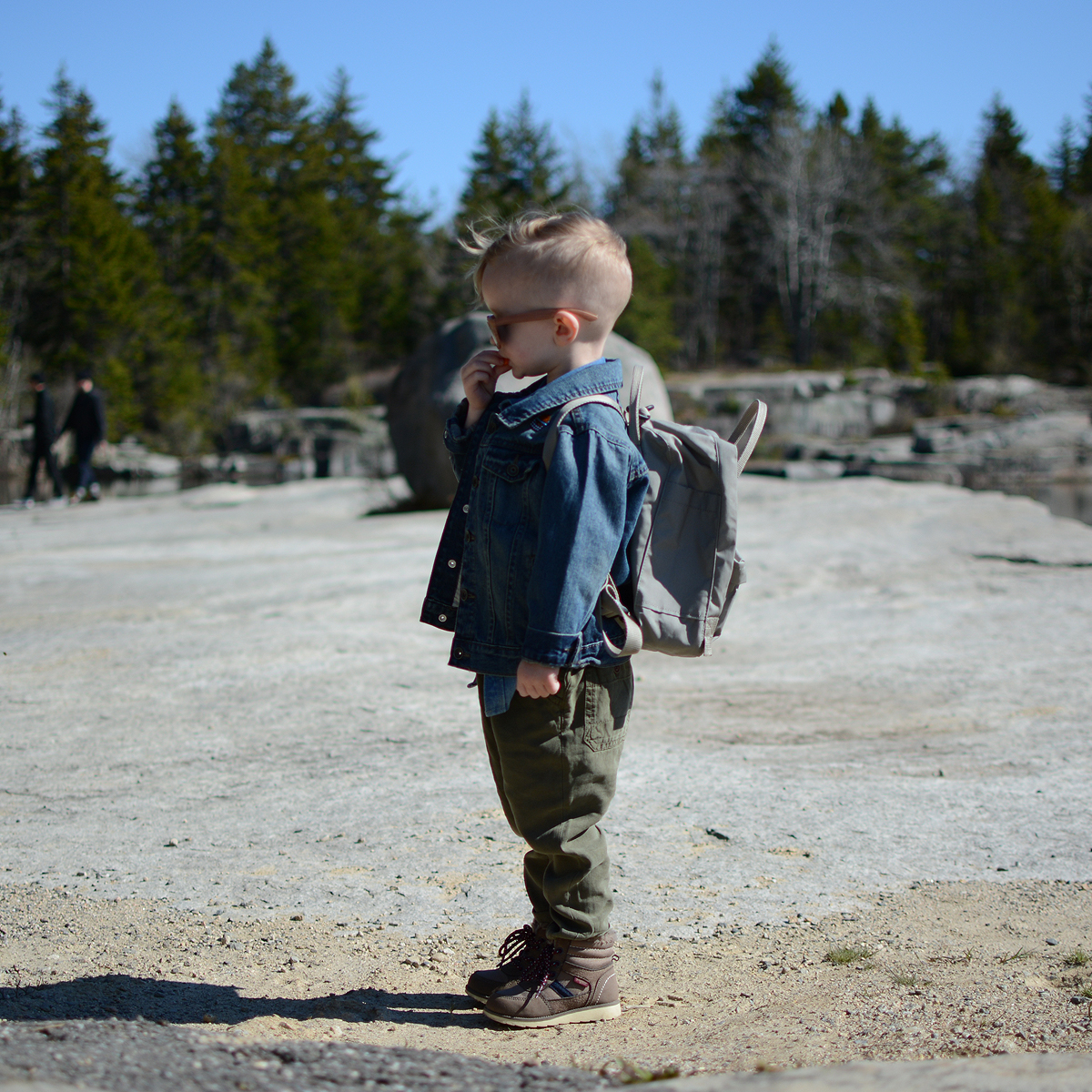 I was lucky enough to get invited to one of my favorite shoe brands’ fall photoshoot in Maine (G.H. Bass). I couldn’t have been more excited to take on a road trip like this. We opted in to drive rather than fly so we could make some stops in Maine to explore on the way home. The shoot took place on an island off the coast of Maine, called Vinalhaven (ferry required). The night before the shoot we drove to Rockland, Maine, where the ferry departs from, and stayed at a quaint little Bed and Breakfast, with a cute little room and delicious food – it was my first time eating stuffed french toast and it was YUMMY! The next morning we caught the ferry, which was pretty exciting since it was my son Nate’s first time on a boat – he was in awe! I have to admit I was pretty excited myself, as I had never been on a ferry before, especially one I could drive my car onto. We sat on the top deck the whole way – we couldn’t believe how gorgeous the views all around were on the way to the island. Once we reached the island we met up with the crew, who had already been there shooting the day before. We followed along to one of their shoot locations – a beautiful rock quarry that has a cool story with it’s ties to Brooklyn – the granite mined there was actually used for the Brooklyn Bridge! It’s a huge hangout in the summer – where you can actually go swimming – it was way too cold when we were there but I would’ve loved to have done some cliff diving and rope swinging if I had the chance! It was super fun exploring around with my wife and son….I’m a little jealous of my wife’s boots – I really dig the G.H. Bass Kerry Boot (she’s rocking them in one of the pics). I’m a firm believer that boot season is all year round – if you can get creative with your outfit! I’m also a huge fan of monochromatic looks. I paired the Combat GH Bass Ranger MOC II Lyndon High Boot with a pair of hiker style shorts, an olive t-shirt, an olive parka and an olive 5 panel hat. To throw in a splash of color, I picked up a pair of pink tube socks with you guessed right, olive stripes…lol. The Ranger MOC is probably one of the most comfortable boots or dare I say shoes I have ever worn. The saw tooth sole helps with that and also gives the boot that little bit of edge that I like. The height of the boot is perfect and I like to wrap my laces around the top of the boot before tying. It’s definitely a boot that looks great but you also don’t feel like you have to pamper them and can take them off the pavement! And we did – with a tons of exploring. Stay tuned for look #2! 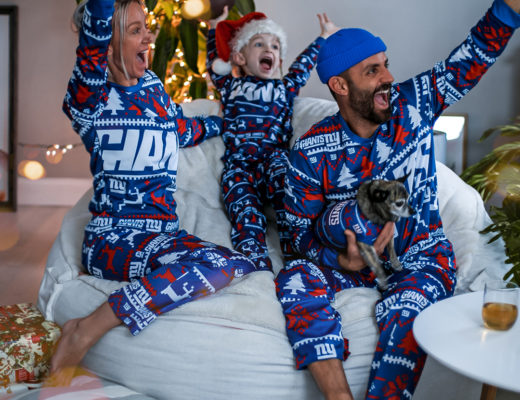 How We Show Our #GiantsPride With NFL Shop! 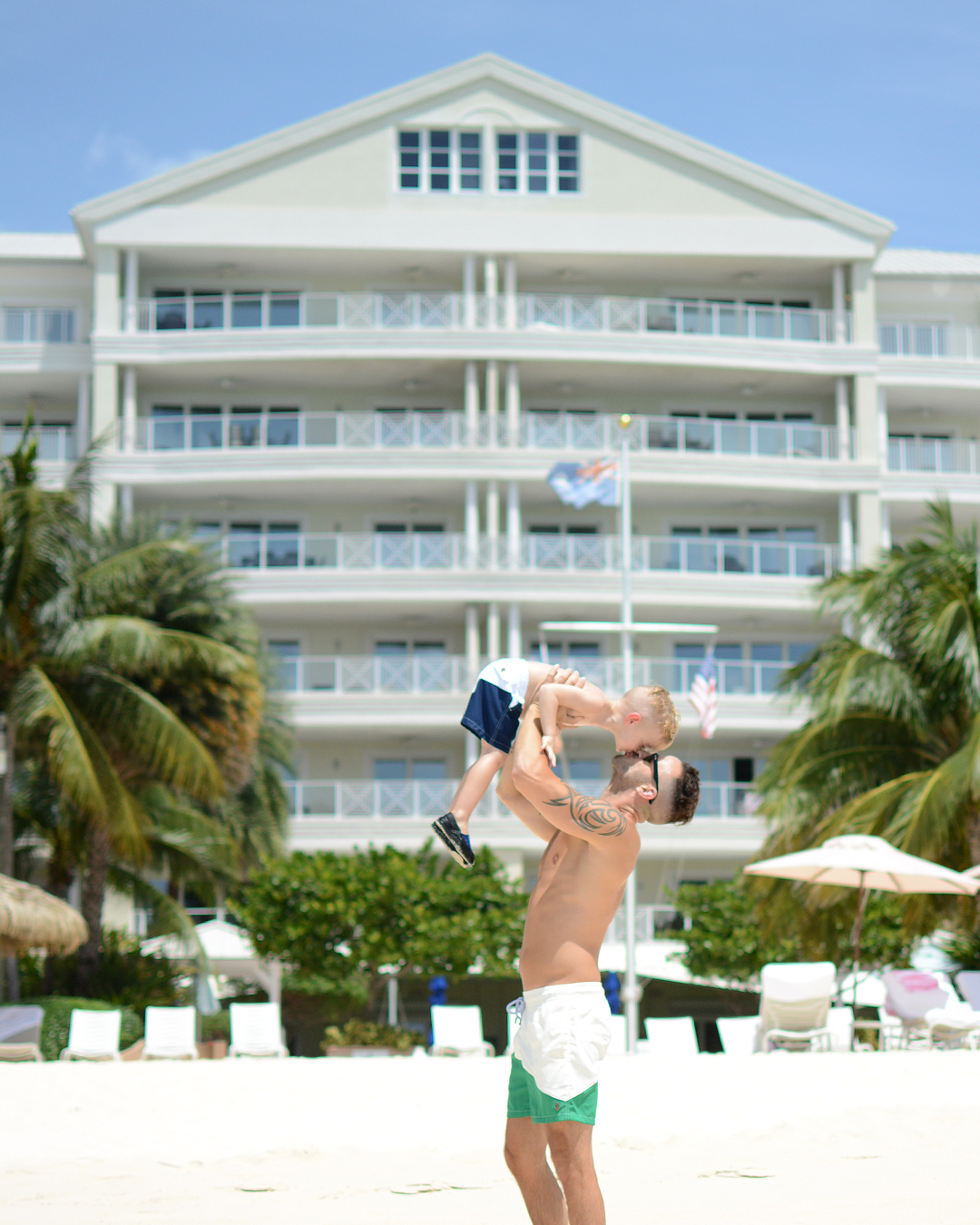