It’s been awhile since I posted but finally got around to going through all my photos from the holidays. // The first Christmas I spent with my wife’s family I felt like I was in a scene straight out the Brady Bunch lol Back in 2002 we were newly dating and it was the first year she invited me over for Christmas Eve which included good food, lots of booze, sitting on Santa’s lap and everyone singing Christmas carols together. Coming from a family who never really went overboard during the holidays I was not prepared for all the chaos lol I would constantly tease her about the amount of holiday cheer her family had. 13 years later I could not imagine not going all out like that on Christmas Eve. It’s a tradition my wife and her family have been doing even before she was born. We start out by going to Sarina’s dad’s side of the family for food, drinks, Santa, gifts and laughs, then head to her aunt’s house for more food, drinks, Santa, gifts and laughs. Nate gets to run around and go nuts with his favorite cousins, while the adults get to get boozy…all while waiting for Santa to arrive (I actually played Santa at least twice). The only way for Santa to show up is by the kids sitting in a circle singing Jingle Bells, Frosty the Snowman and Here Comes Santa Clause. Then the chaos of everyone sitting on Santa’s lap and gift exchanging begins. I was surprised that Nathan is not scared of Santa AT ALL and loves him because he’s the big man that brings him “lots of toys & games”. The next morning Nate gets to open more gifts from Santa while his Nanny cooks us all breakfast. First gifts upstairs, then more down at Nanny’s house. He’s still young so mid way through he got bored of his presents and we actually saved some for the next day! By afternoon we head over to my parent’s house for more food, drinks and gifts. It’s a smaller group at my mom’s but a relaxing and cozy Christmas day with a fire, A Christmas Story and some good couch time! There’s something about going to your parents house and feeling like a kid again while they cook and you get to just lounge out on the couch with some tv! HA Now that Nate’s 2 and more aware of everything I’m happy he gets to experience all the celebration with his family and we continue on with the tradition with him. 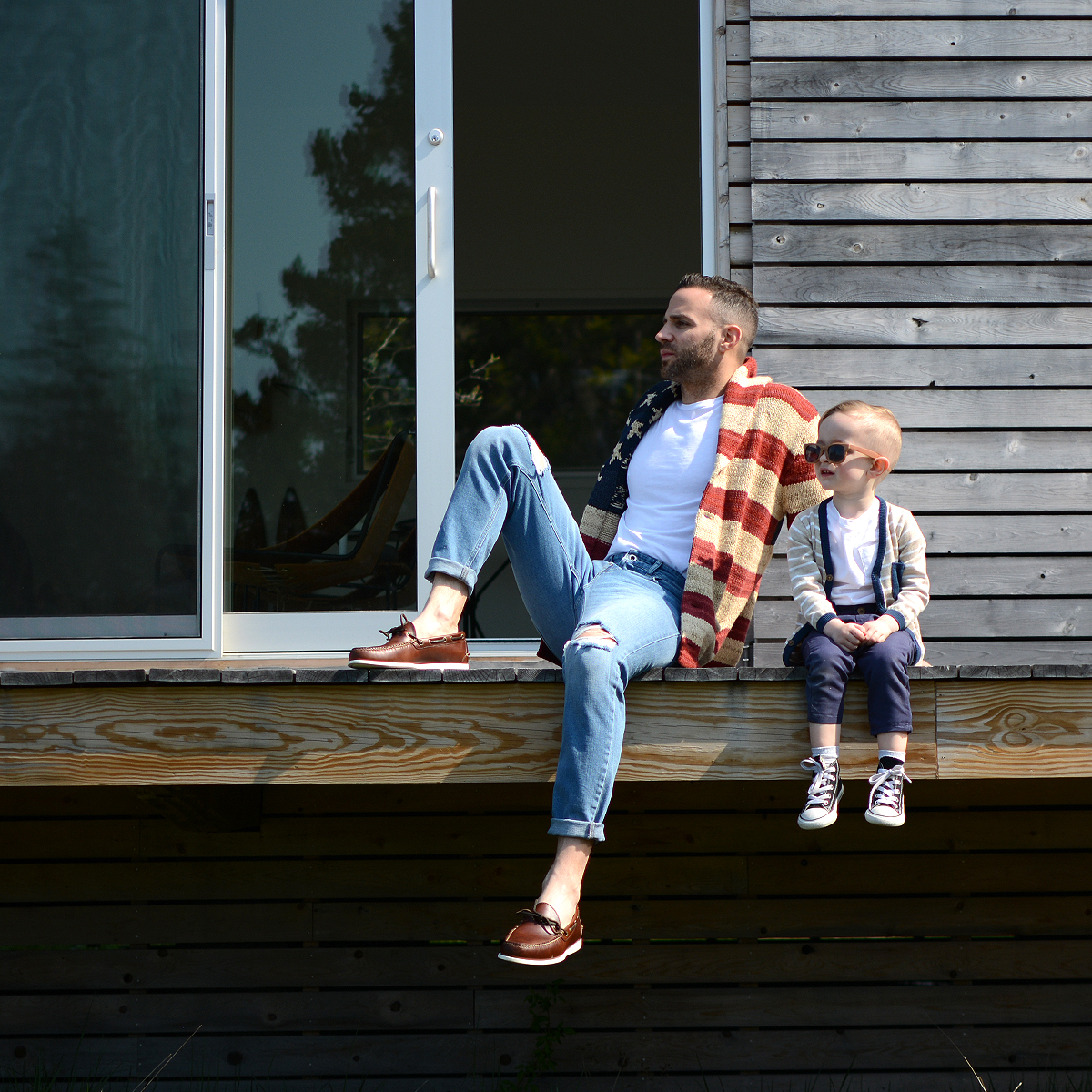 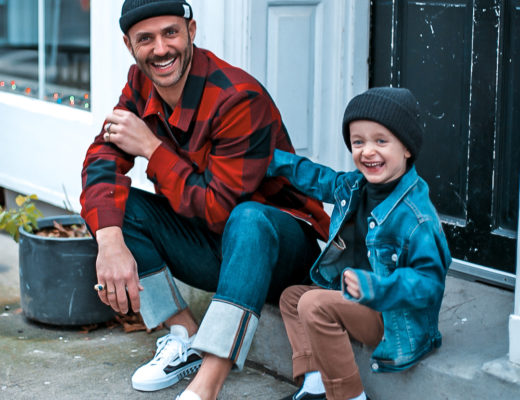 Nate & I in AG Jeans 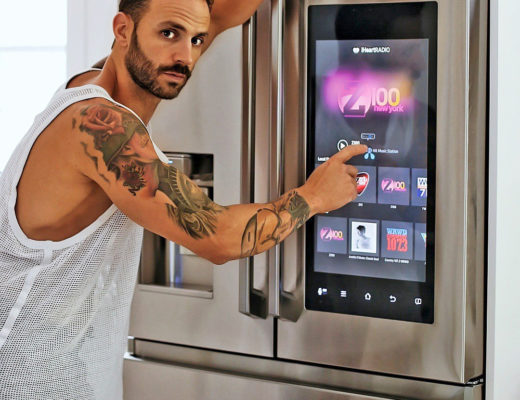 Why This Family Loves Our Samsung Family Hub